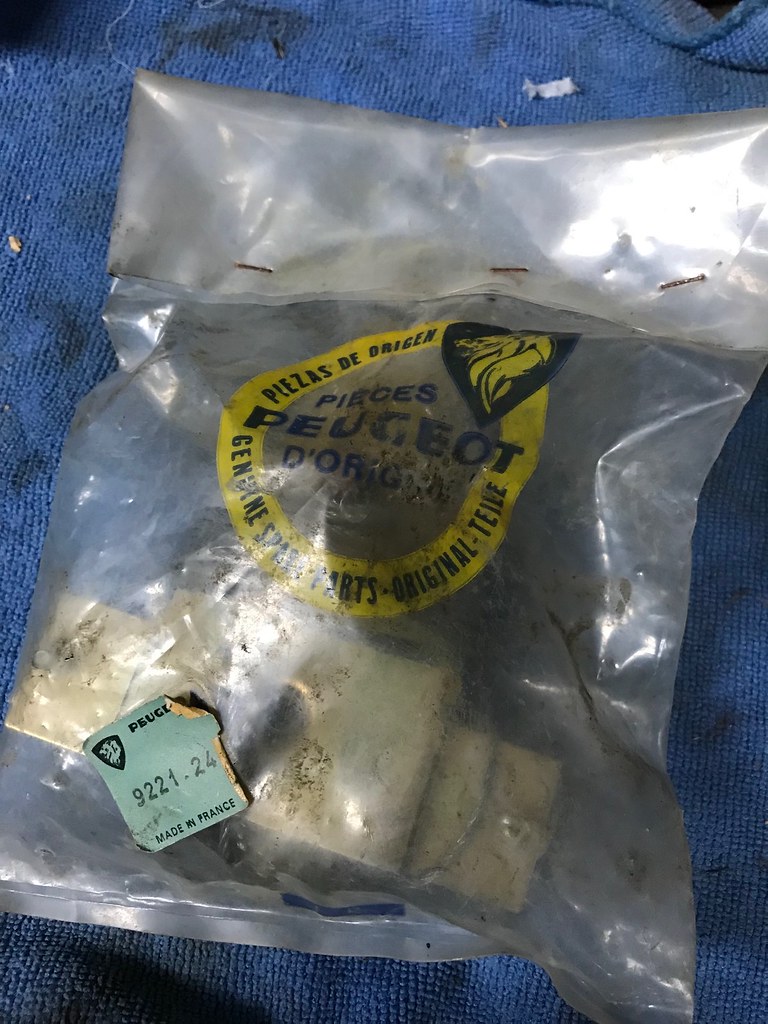 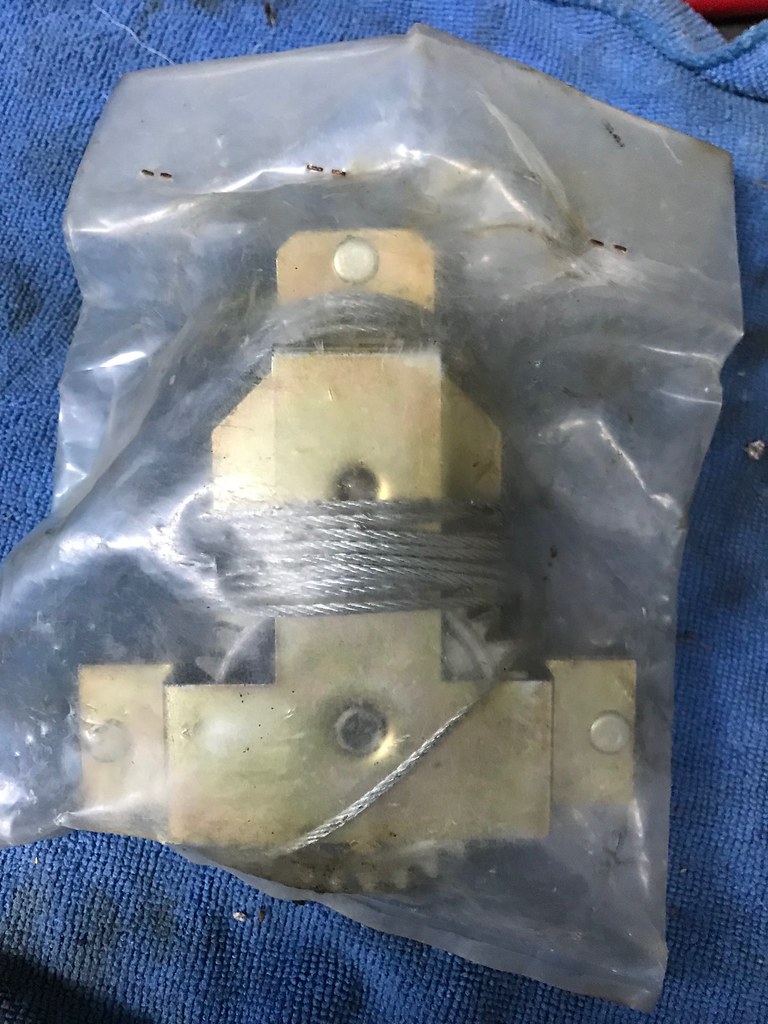 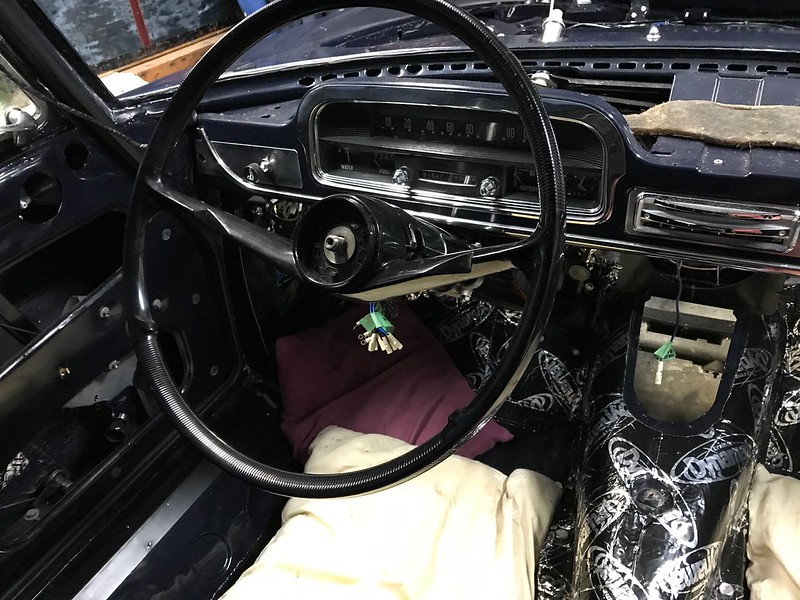 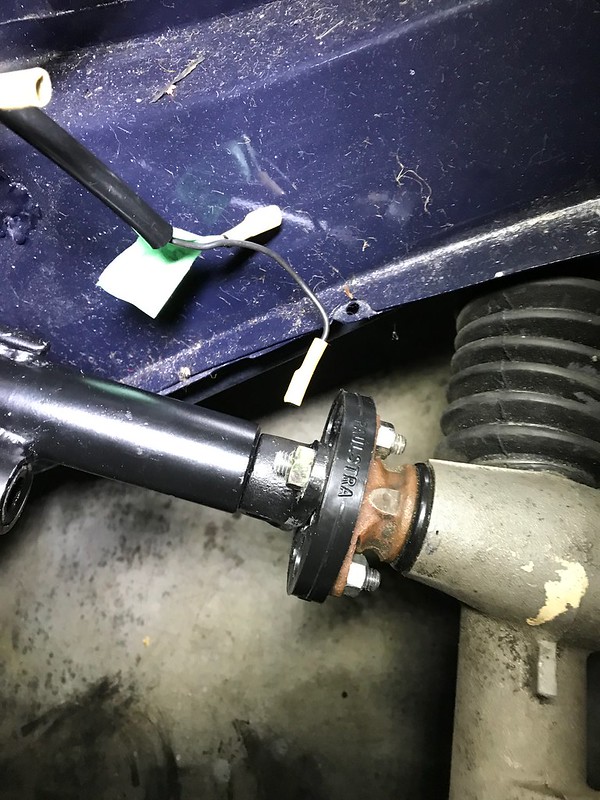 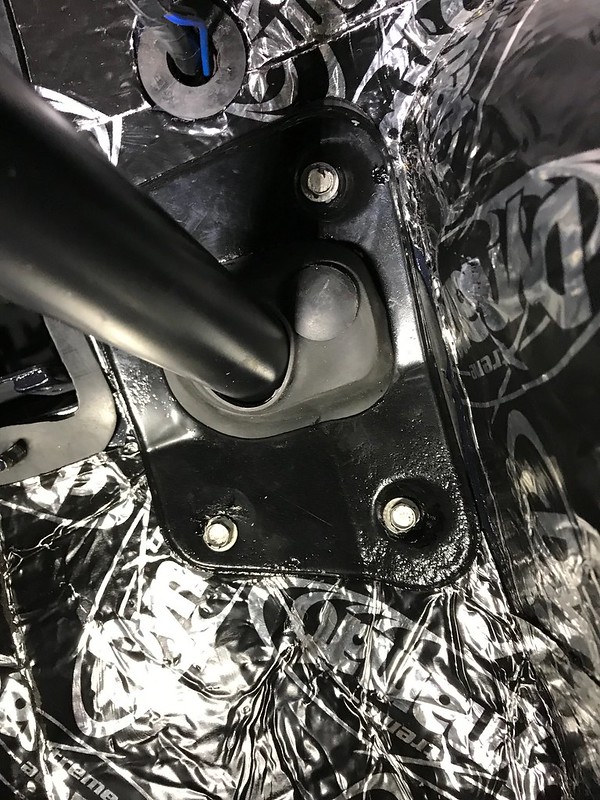 I finally got the steering column mounted. Instead of the flector I used a Paulstra Septor for the pinion link.
1966 Peugeot 404 Coupé Injection No. 4598609, cambio Nardi
Registra il tuo 404: https://recensement.leclub404.com/
Top

The handbrake cable and control were assembled and mounted today, along with the pedal box.

The worst part of the whole operation was discovering that the buttress under the driver's side, which is a Peugeot original, has a captive stud that is about 6 mm too short to hold the metal handbrake sheath under the driver's floor. So I had to remove the brass clamp and reduce its thickness by about 3 mm on both sides using a Dremel and files (good old engineering on this part, with massive redundancy) in order to get it on.

The pedal box was dead easy of course and the stuff under the car was as well. 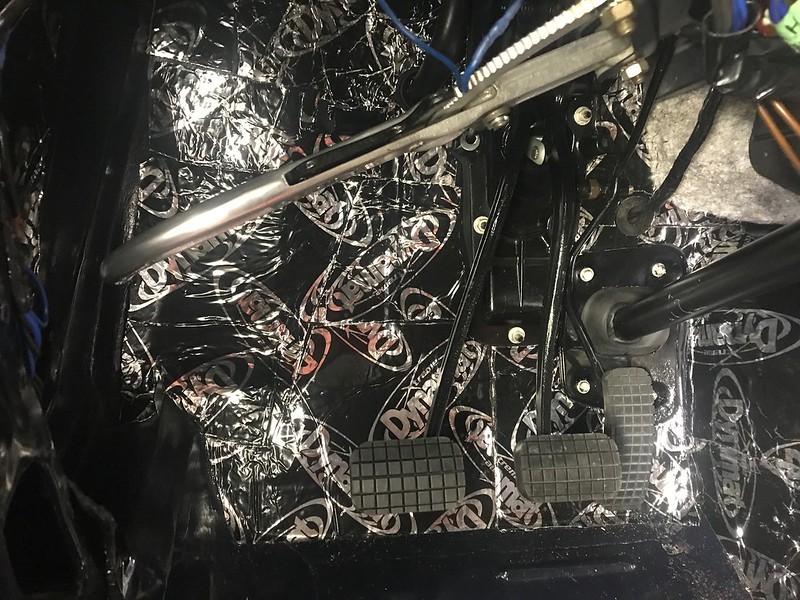 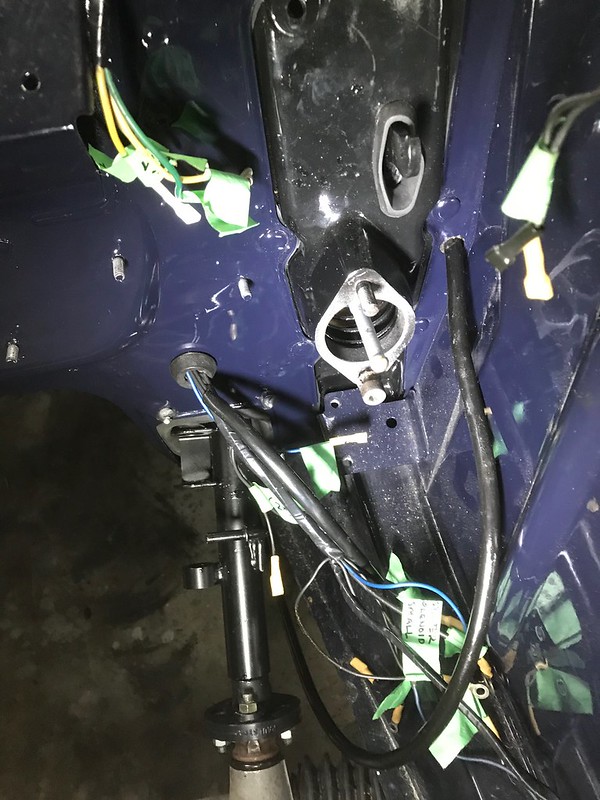 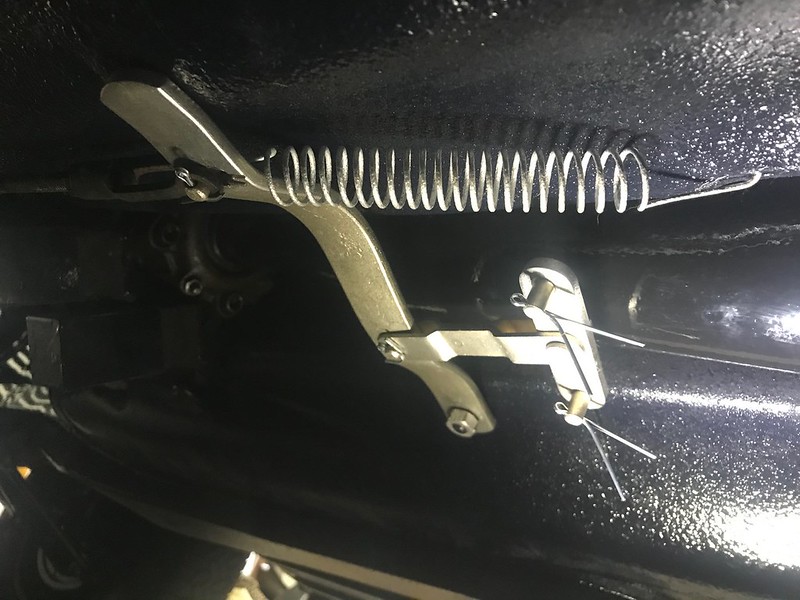 The front seats have been reupholstered by Geoff Chrysler.

Very nice: natural grain dyed through light grey "Hyde" brand leather, with heating elements (I'll need a better alternator than it came with to power that!). Parts of the headliner (also redone by Geoff) are visible in the foreground.

His next task is redoing the rear bench, which has a fold-down armrest. I may get the parts in the photo this coming Monday. 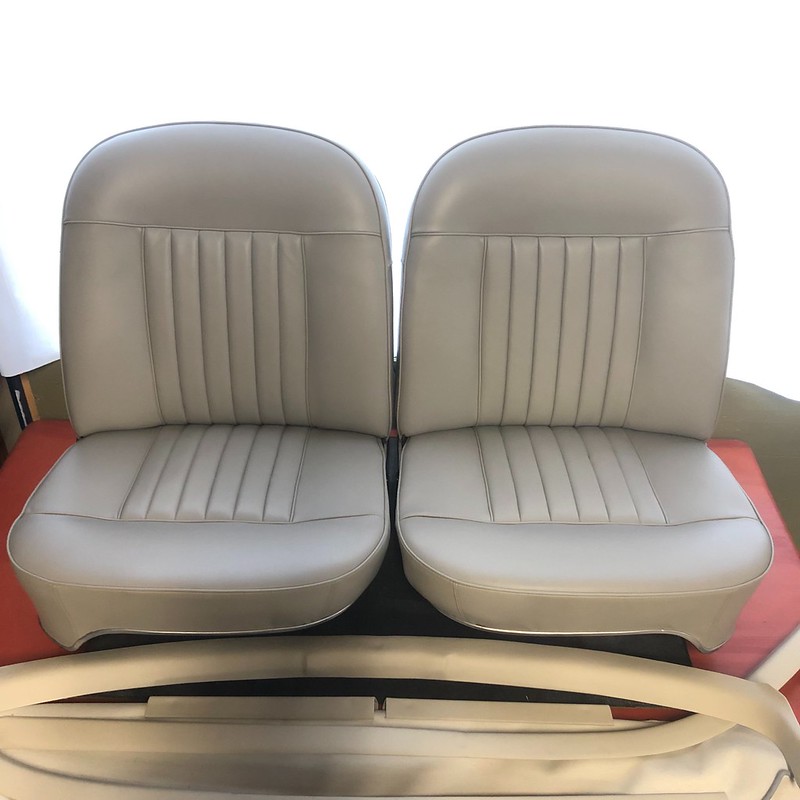 My Kugelfischer KF2 injection pumps - the one from the car is second from left. 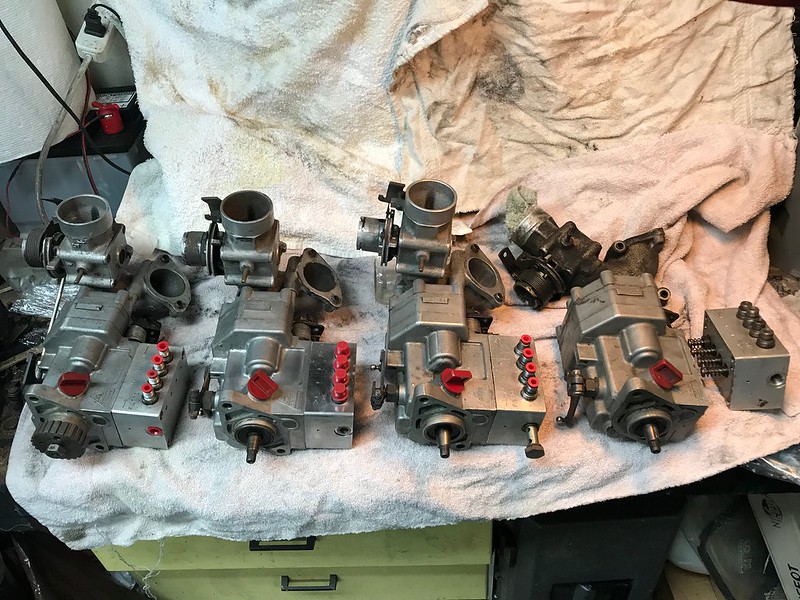 The stainless steel trims from front and rear windscreens as well as the back of the roof buttresses. 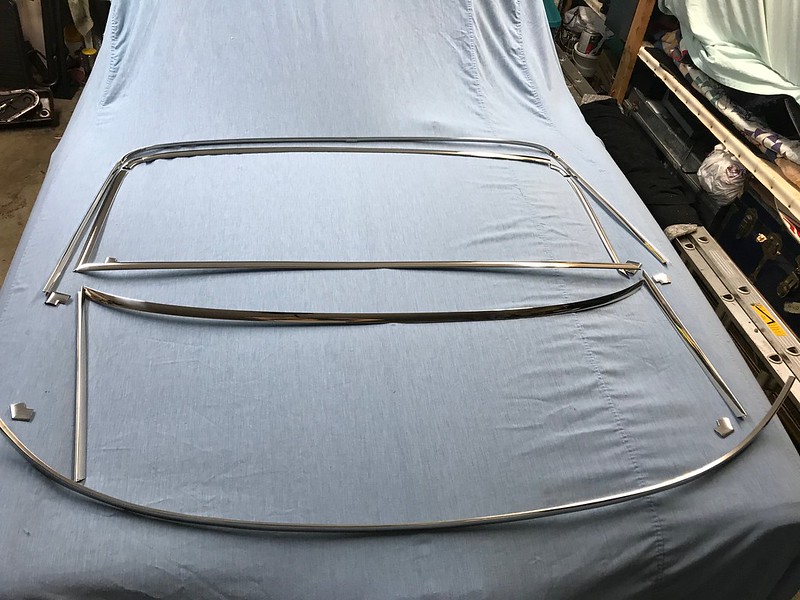 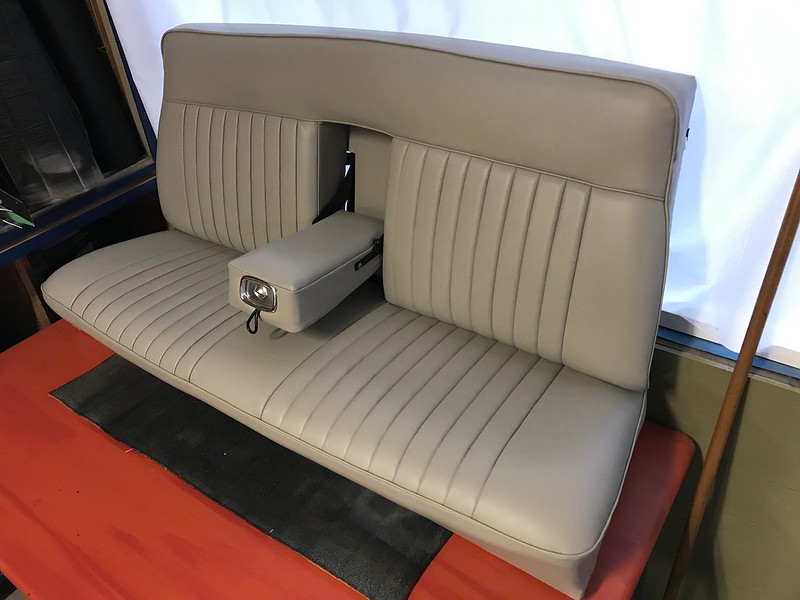 The stainless steel trims are now mounted on the replica inner door and rear seat area upper side panels... 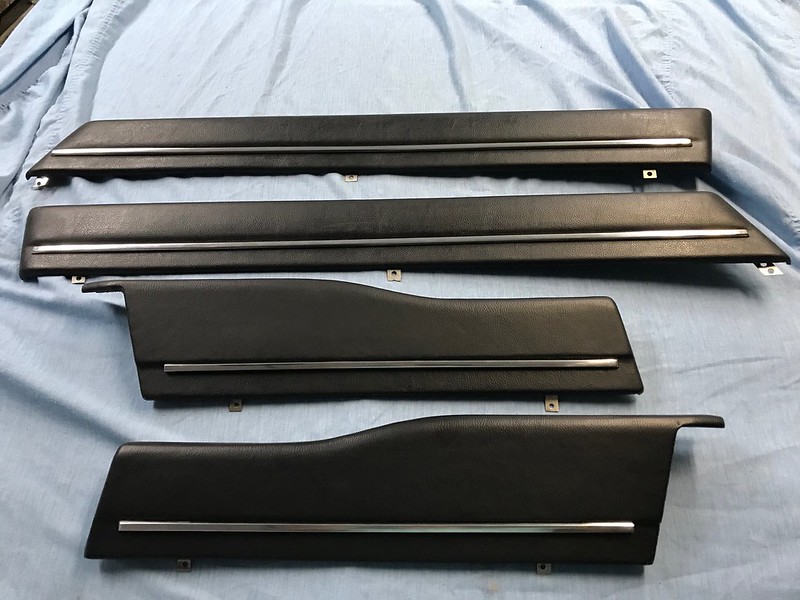 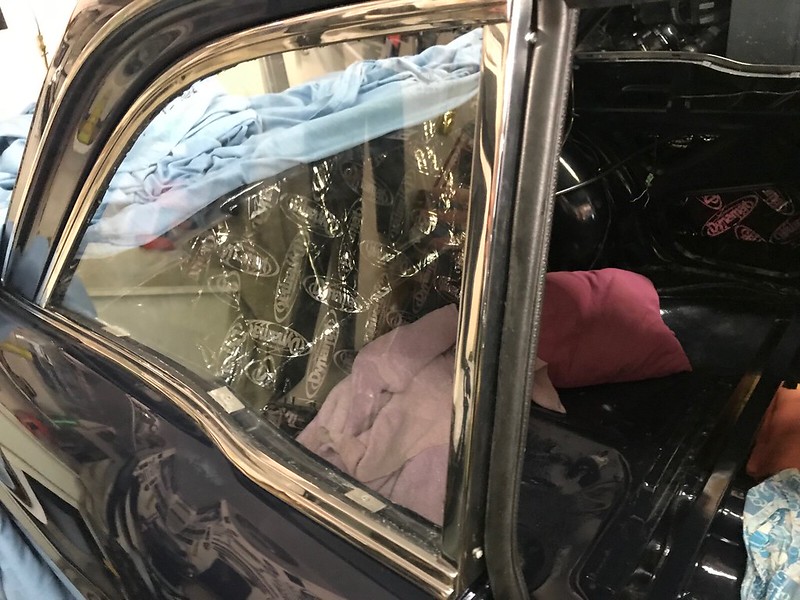 and the left one : 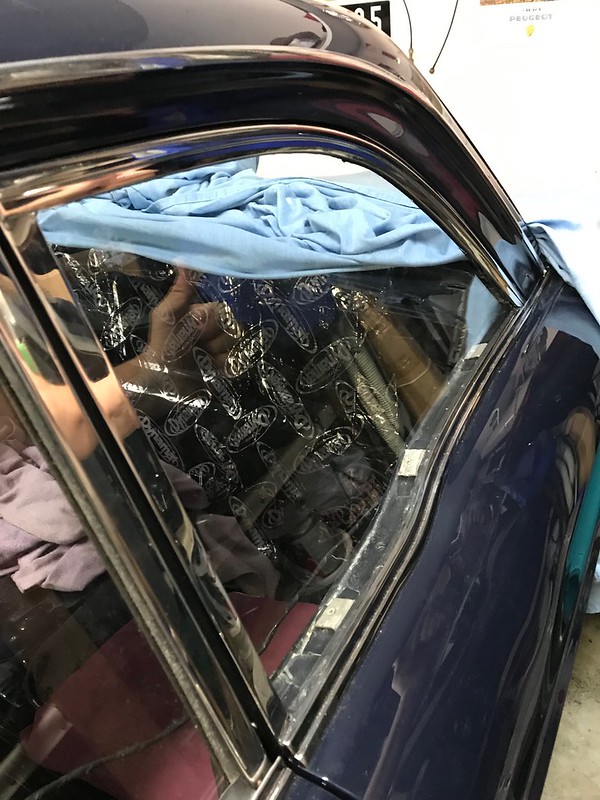 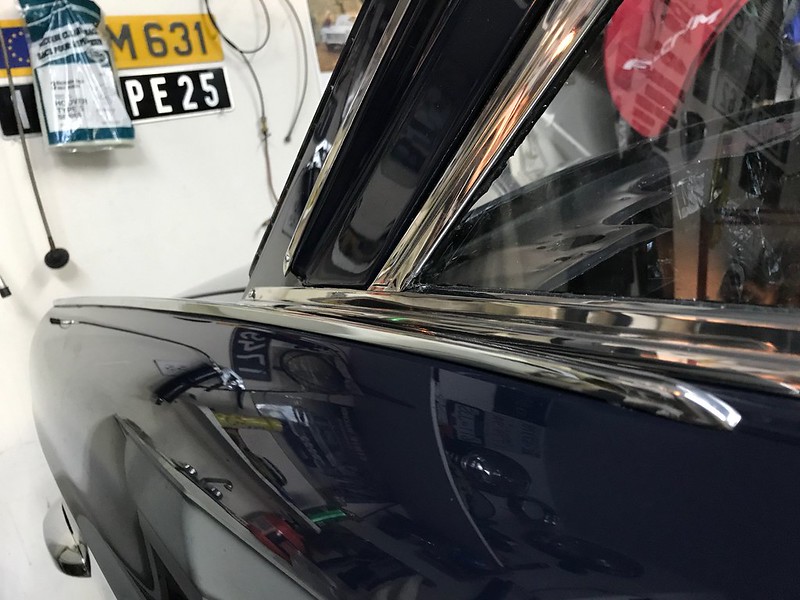 I had to drill two new holes in my brand new rear fender to mount the stainless steel trim at the peak of the rear fender.  Stressful!  I broke a small drill bit but didn't damage any visible part of the fender.  So it worked well and now only the left side remains to be done.
1966 Peugeot 404 Coupé Injection No. 4598609, cambio Nardi
Registra il tuo 404: https://recensement.leclub404.com/
Top

The left fender peak trim is also on and now the rear roof trim as well. The clips that hold the trim on have teeth that bite into the body seam so all were treated with a thick goop of Waxoyl before installing, to protect the metal. 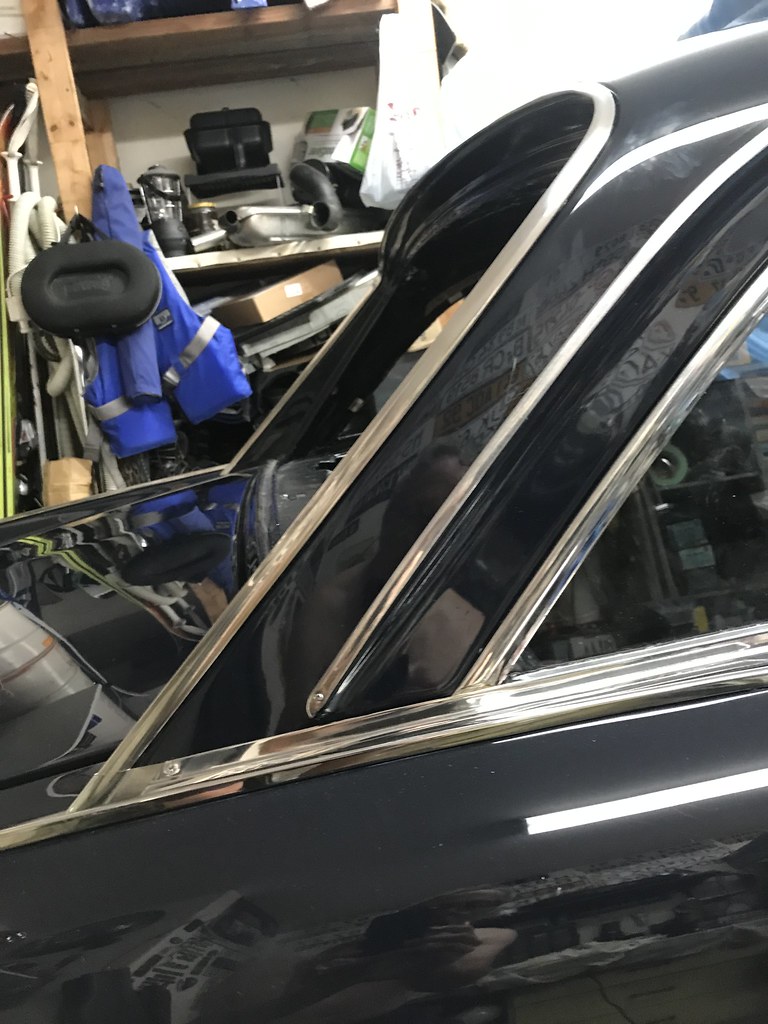 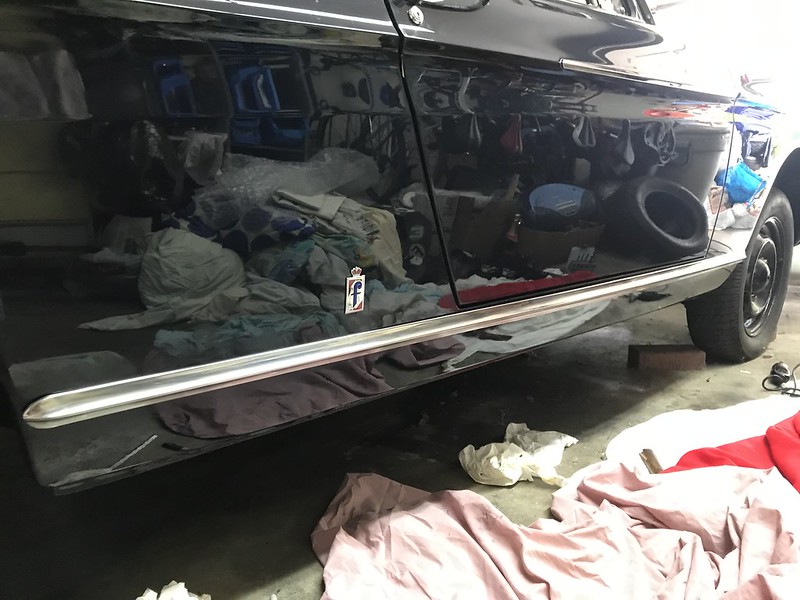 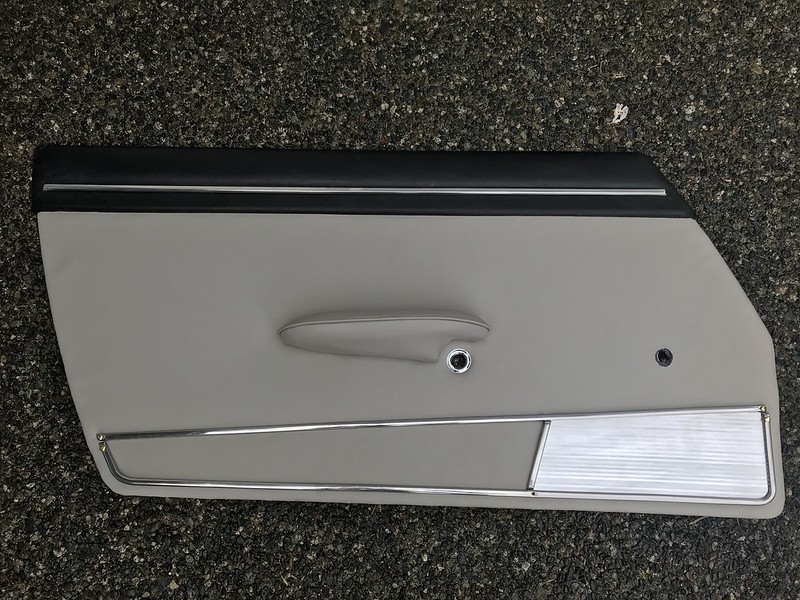 And today I retrimmed the driver's door panel in vinyl to match the seats. It turned out well, despite me being an amateur. 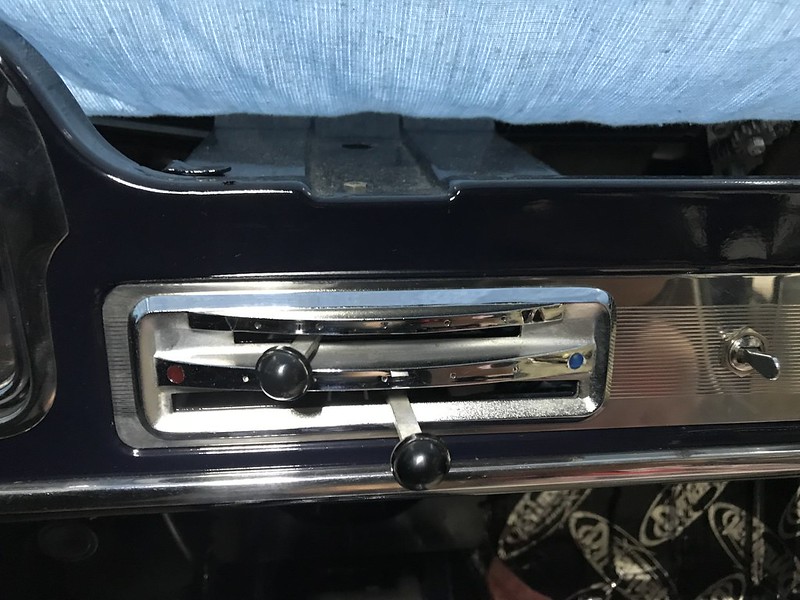 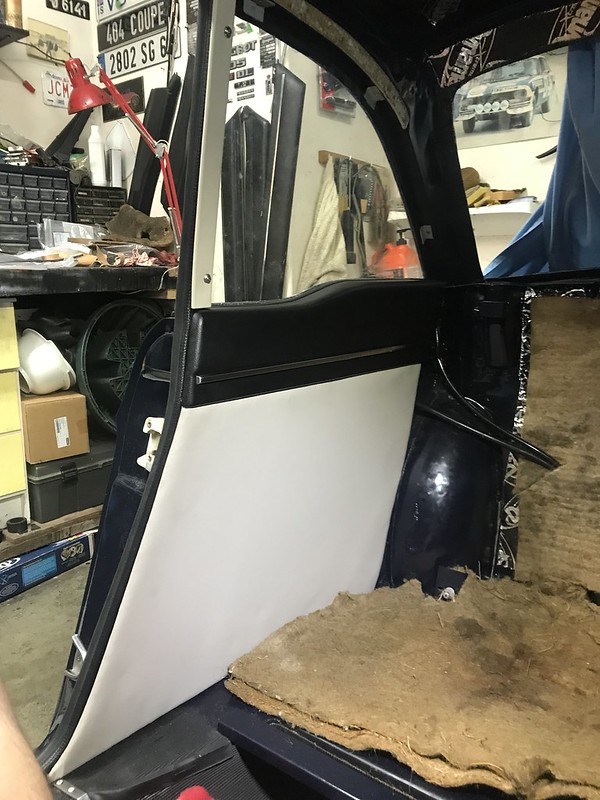 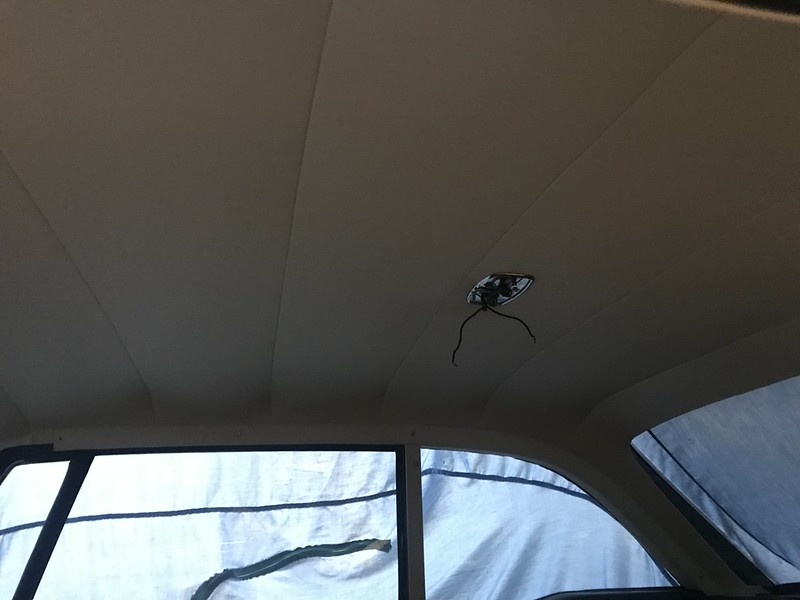 New headliner mounted.  Front part is not mounted because the windshield has to go in first.  That's one of the next tasks: front and rear windshields.
1966 Peugeot 404 Coupé Injection No. 4598609, cambio Nardi
Registra il tuo 404: https://recensement.leclub404.com/
Top 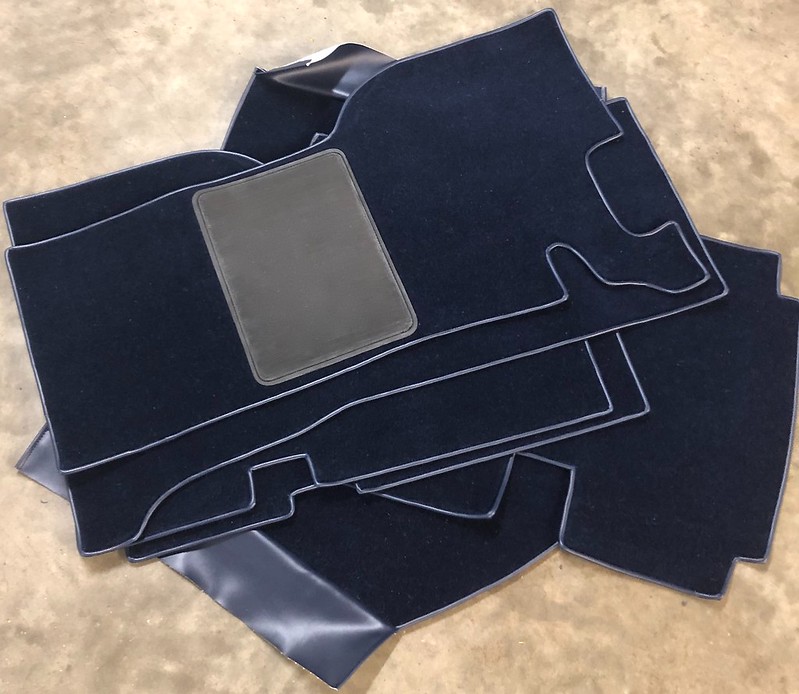 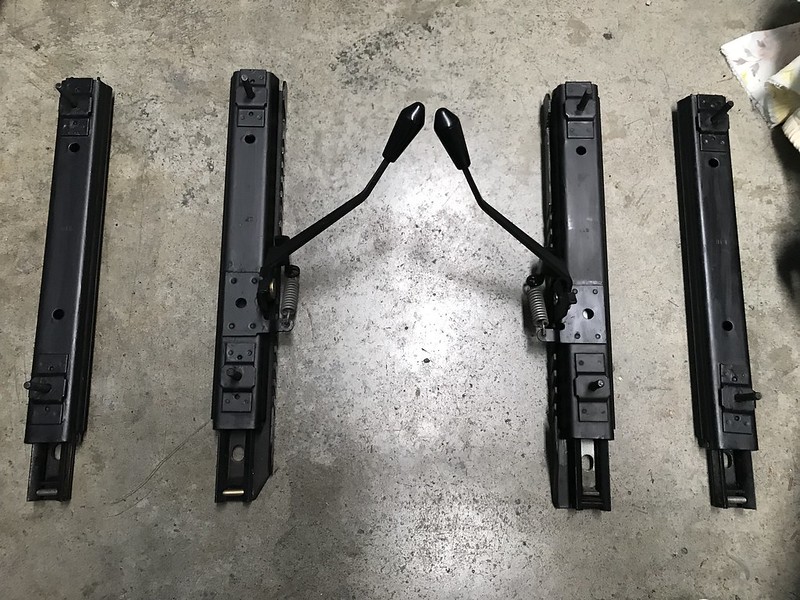 Upper door replica panel for a Cabriolet modified by me to fit the Coupé and it worked reasonably well. The shape difference is quite remarkable and quite a bit of work was needed. 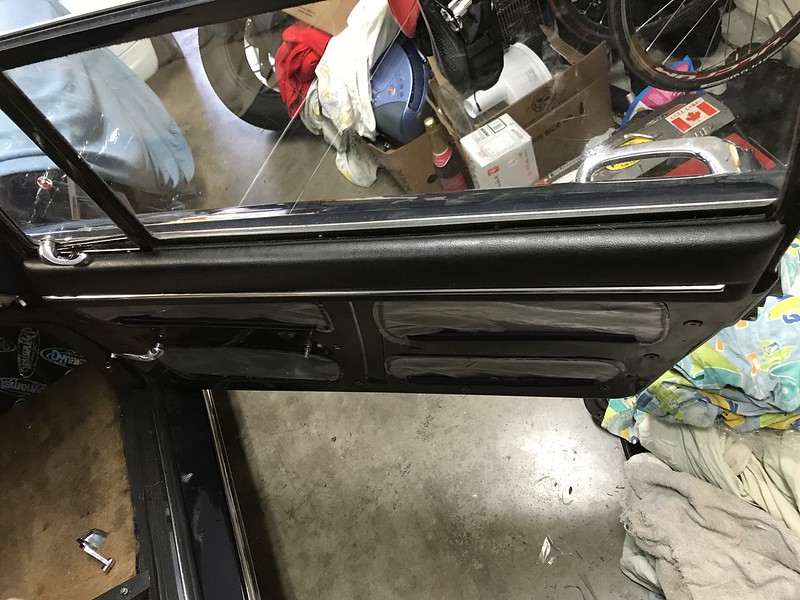 The panel completely installed, taken from inside the car with the door closed. 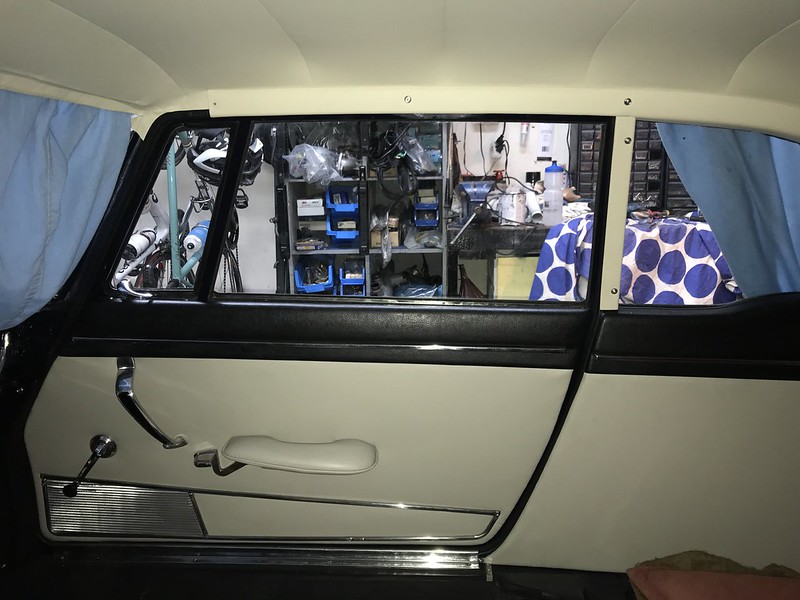 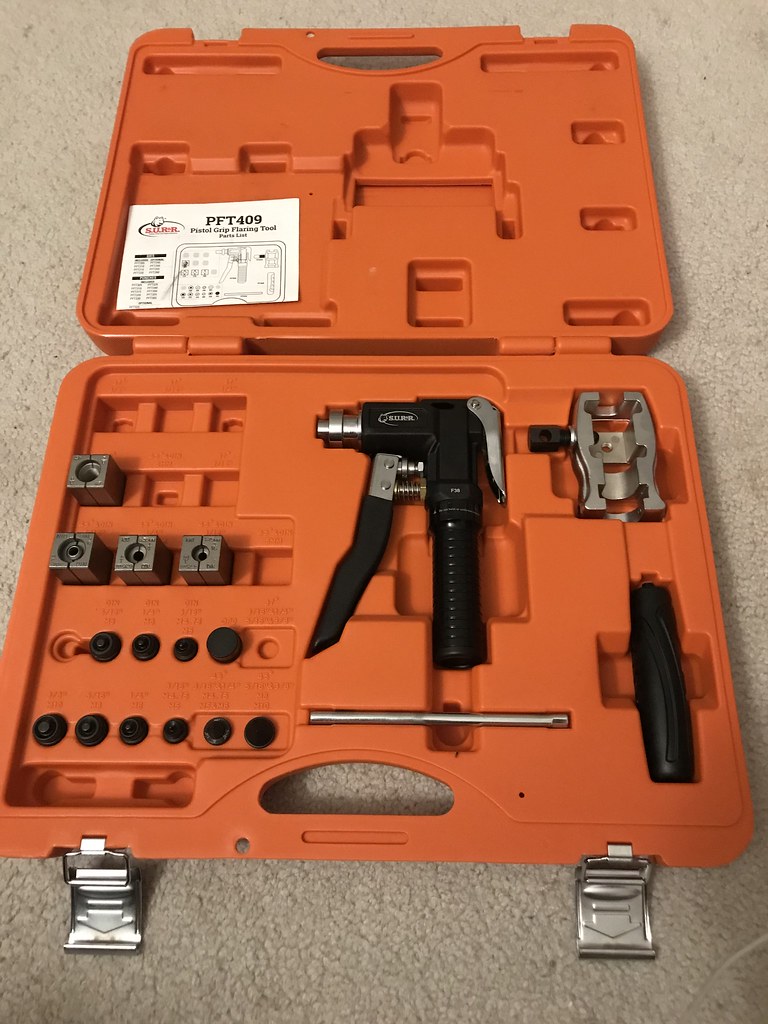 ....to make my first ever brake line: 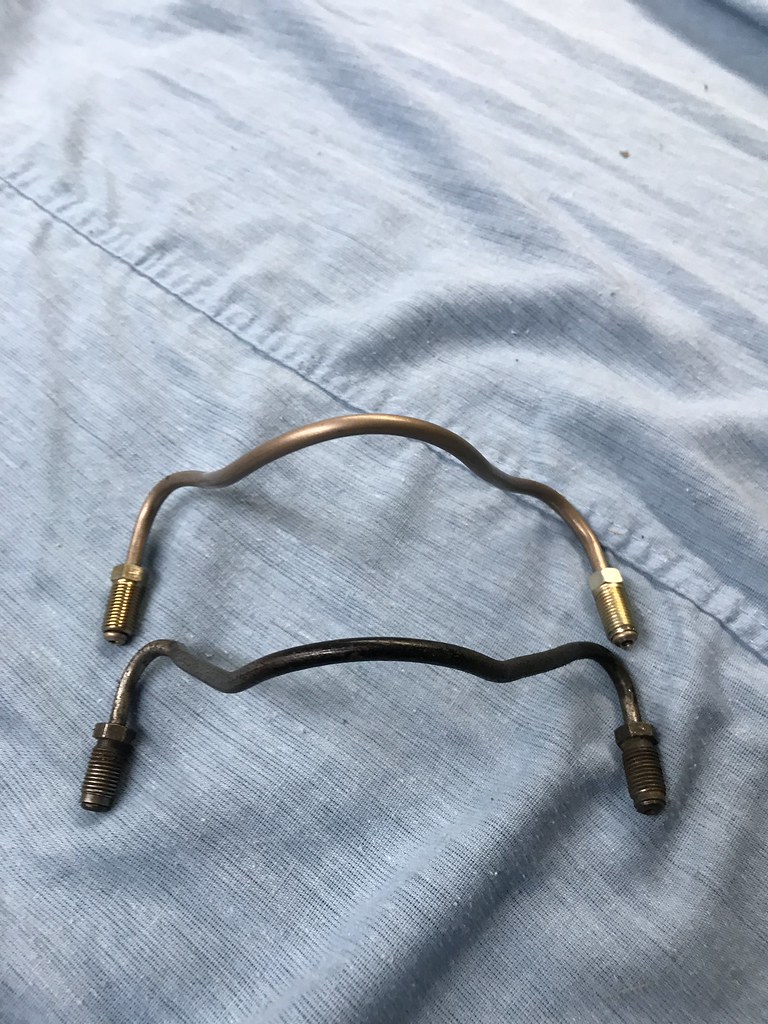 And wow is that tool ever amazing! Perfect DIN bubble flare every time. The pistol grip tool is hydraulic. Expensive but worth it if only for the knowledge that I can't mess up.